Guild recently conducted research with 33 membership organisations in an attempt to further understand their current challenges, specifically in the context of communication with and amongst their members.

The issue of modernisation was a recurring theme, and there are three main areas that many organisations need to address: digital transformation, a generational gap amongst members, and tools used within the organisation.

Despite the challenges of modernisation, there is a definite sense of opportunity and plenty of forward movement towards improving engagement with current members, as well attracting new ones.

Which types of organisations are embracing change?

Some of the organisations we interviewed were inherently following a process of modernisation, due to their association with fast-moving industries, such as those based around marketing, engineering or graphic design.

There is a flip side. Organisations concerned with more traditional trades - like metalwork, medicine, or law - seem slightly at odds with the concept of modernisation, overhaul, and change. Their identity is always in some way associated with familiarity and trustworthiness.

Nevertheless, it is likely that the more traditional organisations will need to modernise in certain areas if they are to remain relevant to their members.

Are organisations using the right kind of tools?

The shift toward email and forums was at one time certainly a modern push, but has evidently stagnated in many organisations. 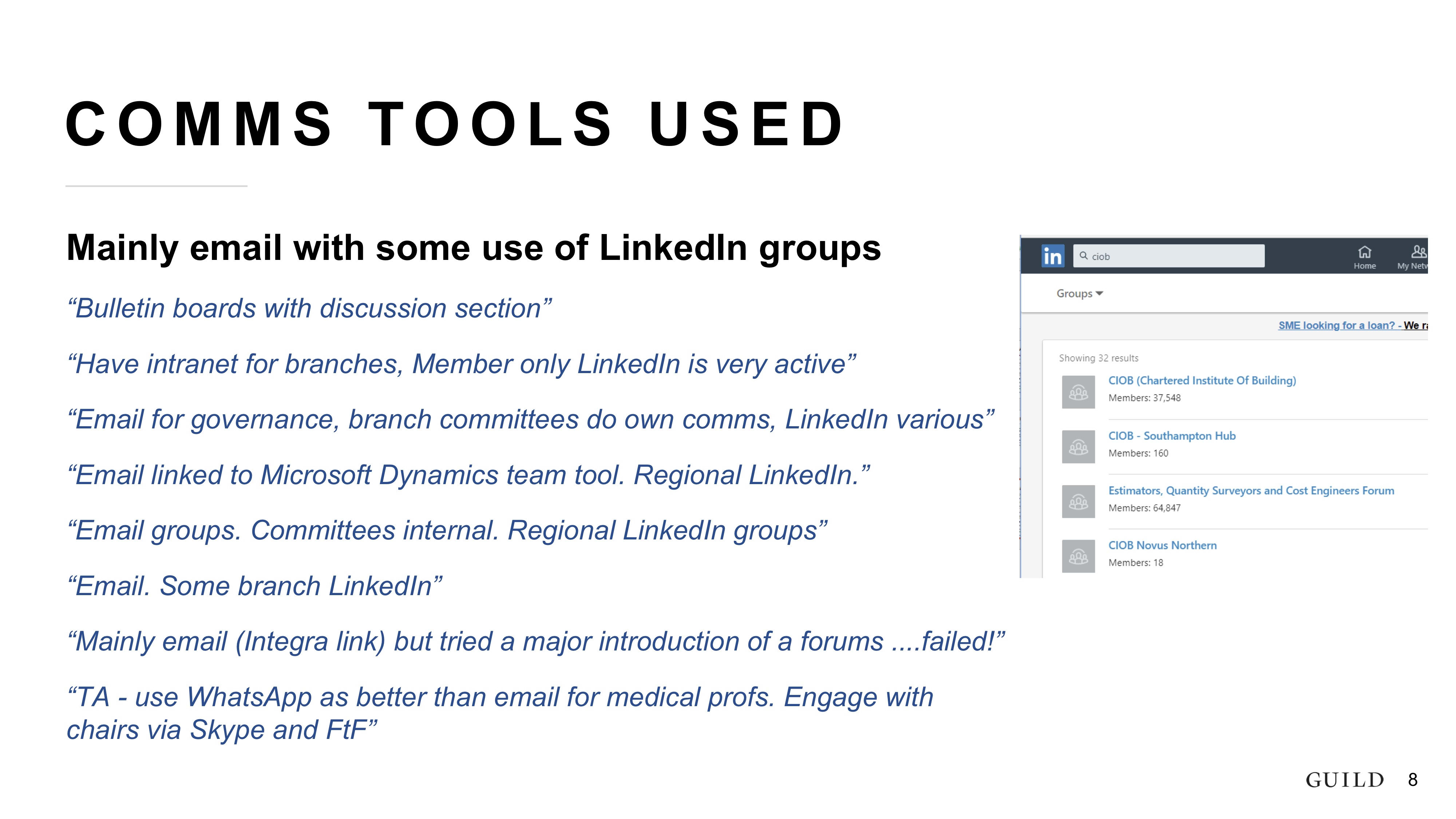 Emails are easily left unanswered, something particularly problematic when organisations have multiple regional branches with disparate executive teams. The forum, while still varyingly successful, doesn't lend itself to mobile use and is an increasingly long-winded form of communication.

This friction between call and response feels less and less tolerable as mobile messaging becomes ubiquitous.

Is there really a generational gap?

Stagnation of this kind might reflect the different generations of members, and their respective resistance to changing technology and tools.

The expectation, understandably, seems to be that older members who have only recently settled into email and forums will be alienated by a move away from these methods.

This attitude needs some rethinking. 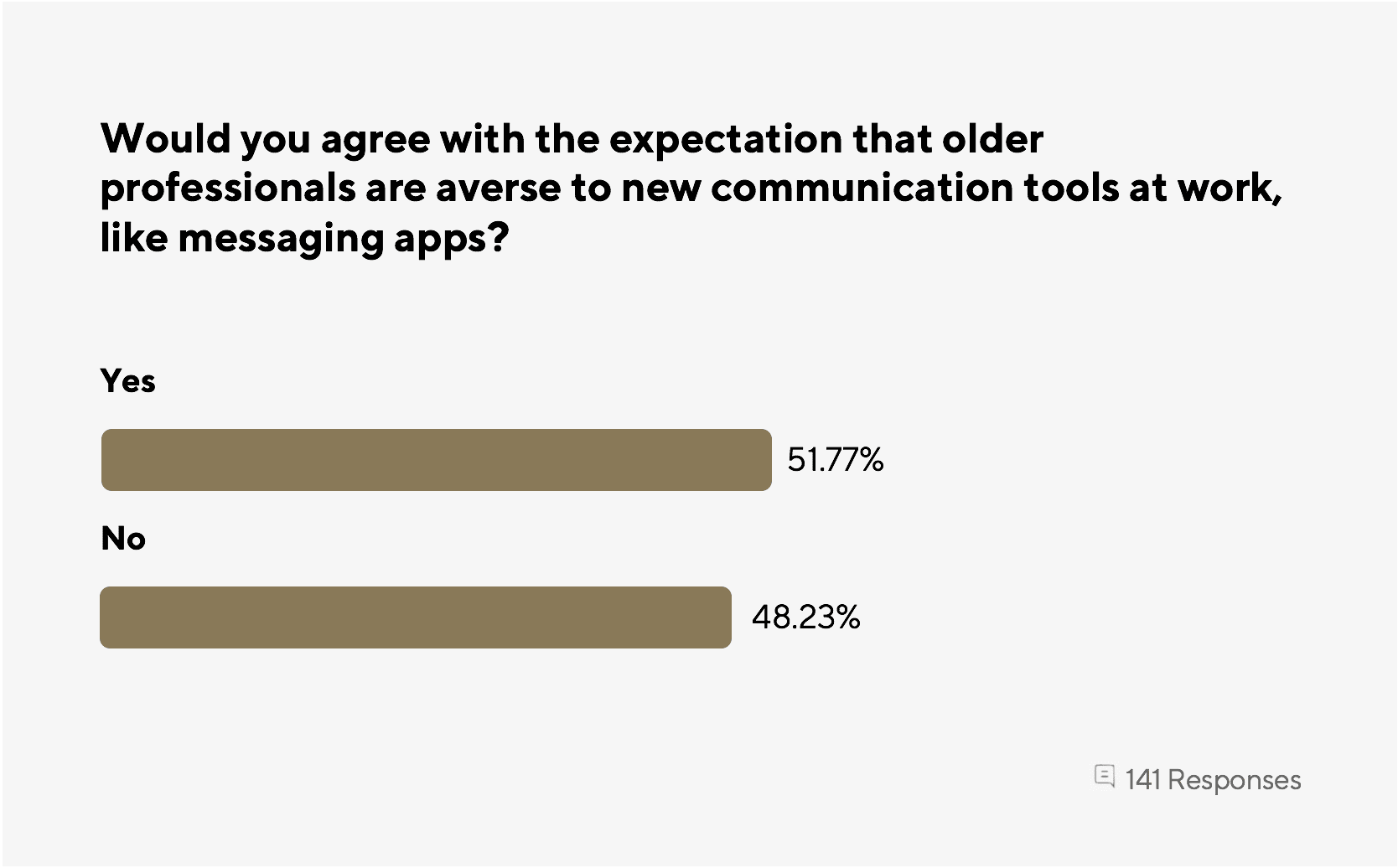 We carried out a survey among professionals and retirees over 55. While there turned out to be a slightly larger contingent of those showing resistance to modernisation, a considerable number thought that this stereotype was unfounded. 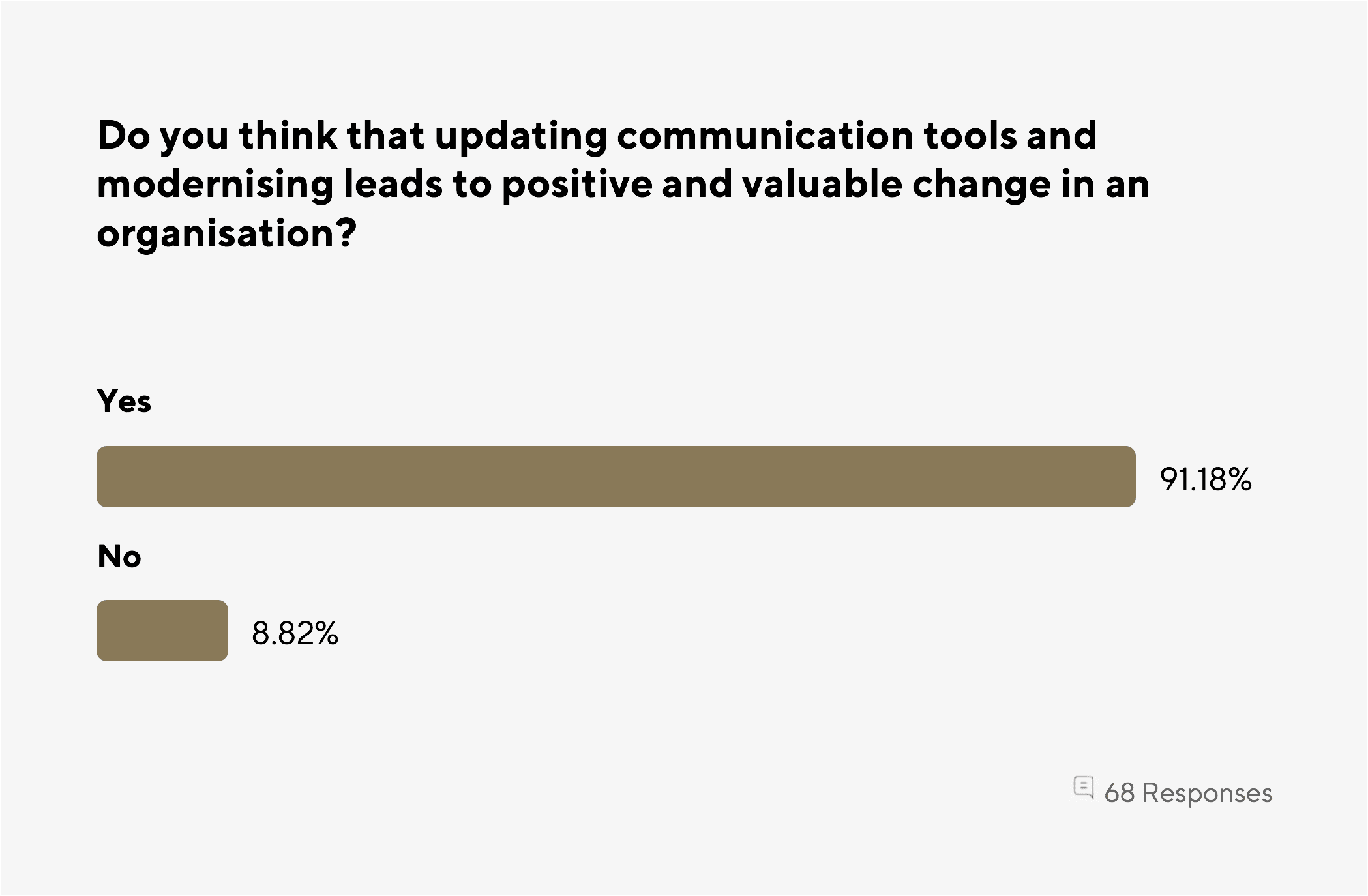 Furthermore, among those open to updating communication tools almost all of them recognised the benefits that an organisation would feel as a result of this and other modernising processes.

The growing importance of engagement

A key word coming up again and again in our research with membership organisations is 'engagement'.

A concern for older members shouldn't prevent organisations from branching into this kind of tech.

Internal communications also need to be modernised, as the world of work is fundamentally changing. Organisations are becoming less centralised and often expand into branches and hubs. Meanwhile, many employees are venturing into digital nomadism, and flexible working is becoming increasingly common.

These workplace changes mean that the need for a high-quality supplement to face-to-face communication is more pressing than ever. 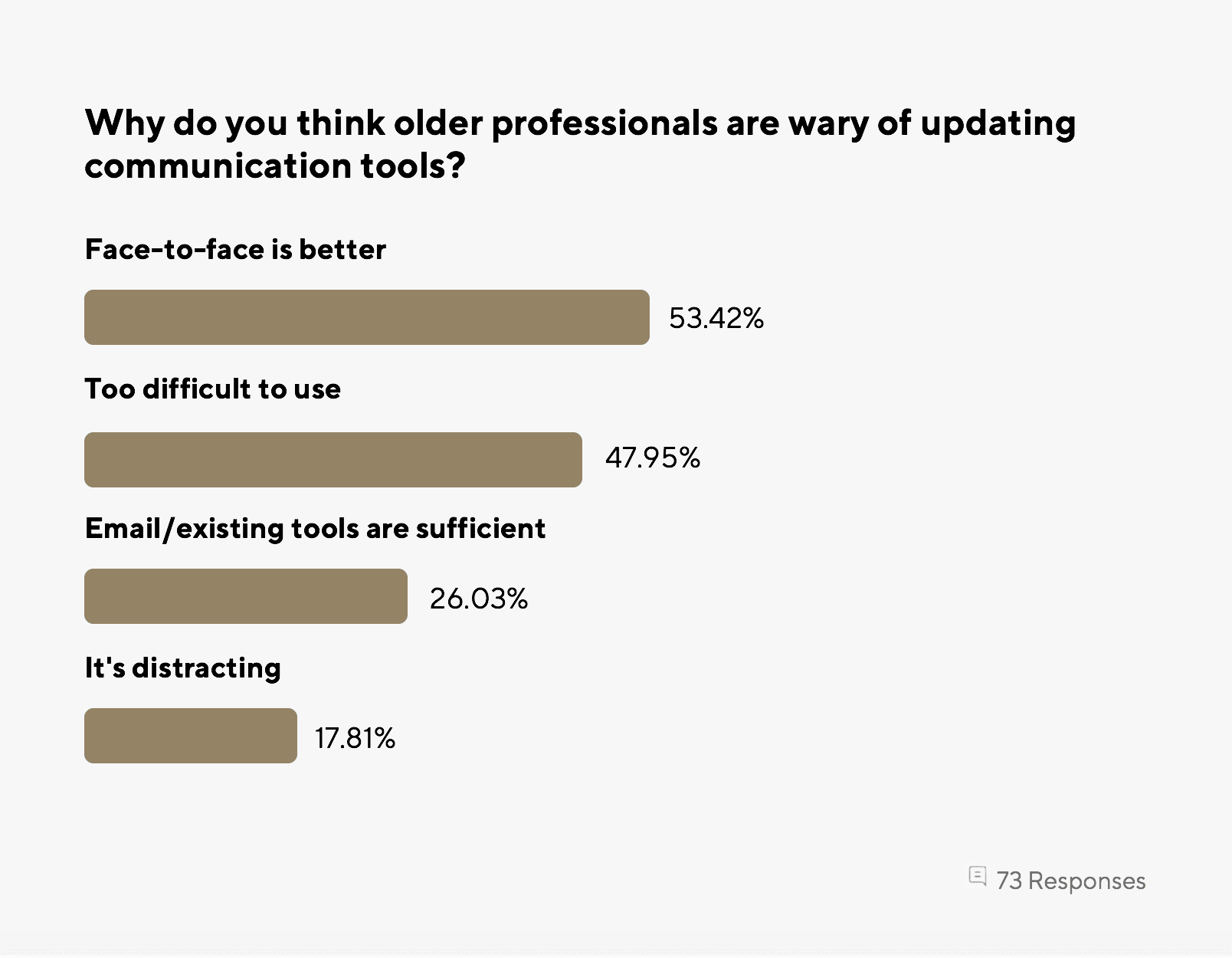 Interestingly, respondents who were most resistant to modernising communication tools saw face-to-face working as lying in opposition to such changes. But the availability of professional messaging tools should be seen as an opportunity to supplement and maintain face-to-face communication, rather than as a hindrance to it.

What this survey shows, though, is that introducing such a tool has some caveats:

The impact of GDPR

A more tangible facet to the impulse to modernise is its legal element. The nature of membership organisations and their necessarily handling a lot of member data means they have had to quickly commit time and energy to compliance of IT policies since the enforcement of GDPR.

The Chartered Institute of Waste Management, for example, has been in the throes of modernisation since finding itself posting a net operating deficit in its last annual review. The process has partially involved investing in IT and data management.

Looking to the future and learning from the past

CIWM has also identified the need to engage with their younger members and invest in supporting career pathways as a key part of their modernisation.

These members will undoubtedly benefit from a focus on new communication and engagement methods, with increasing motivation among young professionals to advance their careers and make valuable connections as early as possible (born out of socio-economic pressure as well as genuine passion).

It's also these members who will secure a strong membership base in years to come. Membership organisations therefore need to provide younger members with efficient tools and frameworks that facilitate this as well as correspond with their technology habits. The pressure to modernise is implicated in the long-term prosperity of the organisation.

Like all good things, professional membership organisations must strive for harmony between the efficiency, drive and forward-movement of the new, and the steadfast quality of the old.